TELOS Advertising & Marketing is a subsidiary of the EUROLOGOS Group

In order to relevantly resolve the modern problems of globalised communication, the EUROLOGOS Group has comprised three companies for more than 30 years. 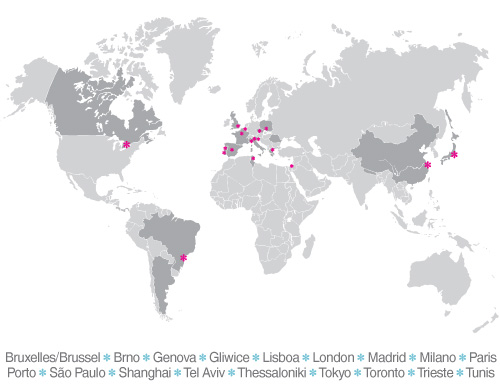 But the most important structure of the EUROLOGOS Group has been and continues to be that of a network of offices on all continents.
Among the most recent offices opened was that of London (in 2011).

Indeed, it is not possible to conceive, write or adapt an advert for the English market without a team of Chinese writers and copywriters, living in England.
It is naturally always necessary to write and adapt in one’s own language, in close contact with one’s own country and culture.

That is why the agencies of the EUROLOGOS Group are forever multiplying in the largest markets on the planet.