Home page » Company » The goal, the target and the result

The goal, the target and the result 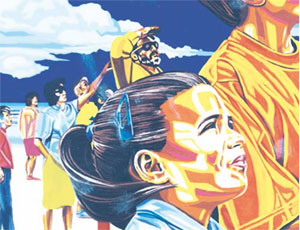 To the ancient Greeks, the word “telos” meant performance, the result of a project or the target of an action. To them, Telos represented achievement, the summit and the completion of an initiative. The accomplishment of a resolution or dream.

But telos also represented the tension of a programme, the undercutting of a drawing, the domination of a sketch. The aim and the underlying concept of a strategy

It is clear that all these connotations describe, with stunning relevance, the founding categories of the most modern advertising activity. They express the same definitions of communication and strategic marketing.